Nearest phone: In Gainsborough Drive between Reculver Drive and Bishopstone Lane take-offs. Also outside the Post Office in the village.

Access: From A299 Thanet Way or Herne Bay itself follow the signs to Beltinge. As you leave Beltinge heading towards Reculver on the Reculver Road, Bishopstone Lane is your left; it’s a dead end road. Turn into it and drive down to the very end and park in the car park there.

Parking: In the car parks in Reculver Drive or at the end of Bishopstone Lane.

Take Off: The main take off/top landing area is between the car park in Bishopstone Lane and the cliff edge. In strong winds check for rotor off the cliff edge.

Flying the site: In soarable conditions 4-km flights are possible from Kings Hall to Reculver where the cliffs die away. In scratchy conditions be very aware of the proximity both of the houses and the public, a collision with either would be disastrous.

Restrictions: Members only. Between May 15th and August 15th each year sandmartins form a nesting colony, burrowing into parts of the cliff. The exact location varies from year to year and members MUST check the updated site map in the Members’ Dropbox. These locations MUST NOT be overflown. During some years the site may be closed during this period, if the nesting sites are close to Take Off. Do not park gliders on the footpath. Do not overfly any houses. Be courteous to all residents and visitors, on whose goodwill the use of this site depends.

Hazards: Being a coastal cliff site it is important to check the tide tables. The cliff is shared with modellers. So far relations have been good, lets keep it that way. Despite the easy appearance of this site, it used to have the worst accident record of any club site. Casualties ranged from novice to the very experienced pilot. Beware or you could be next.

Other remarks: The old take off on the slopes near Reculver Drive is now hardly ever used. 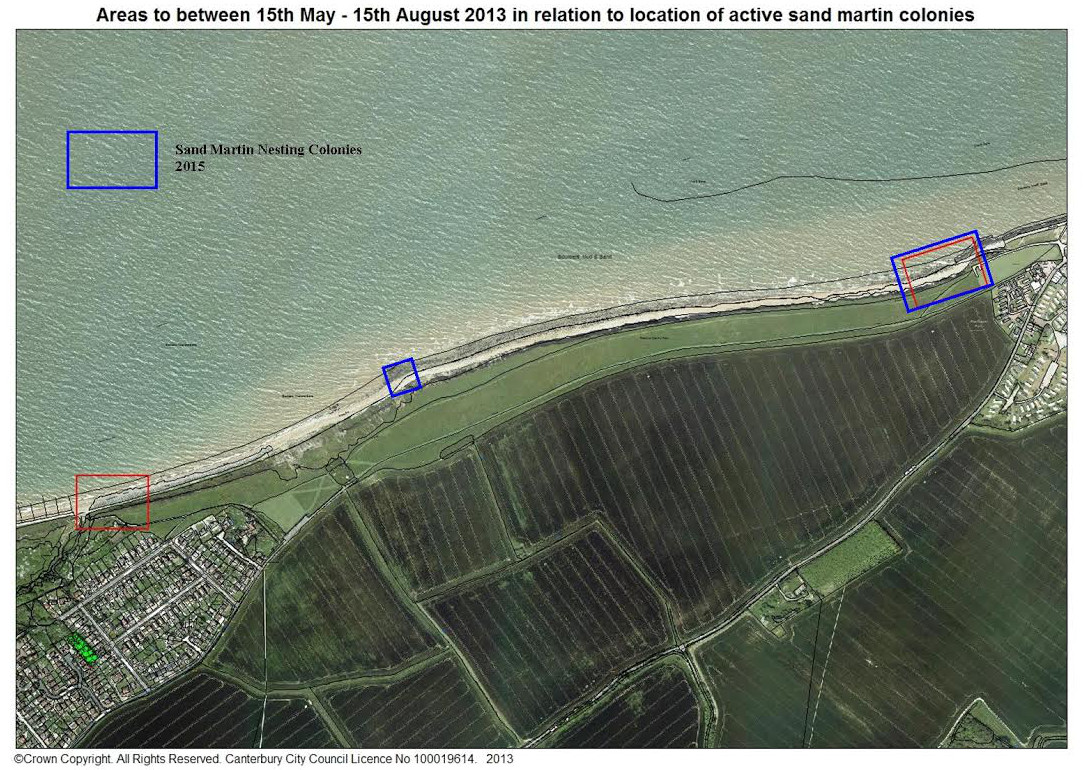